Most Venerable Balangoda Ananda Maitreya Nayaka Thera (August 24, 1896 – July 18, 1998), a Sri Lankan scholar-monk, was a personality of Theravada Buddhism in the twentieth century. Through his meditations, he was believed to have achieved one of the highest level of spiritual development within the Sri Lankan sangha (Buddhist monastic order), though he always used to say that he has to learn more. He lived a modest life in a secluded monastery, however, so is little known outside his native country. Ananda Maitreya Thero wrote nearly fifty books on sutras (scripture), vinaya (monastic discipline), on abhidhamma (metaphysics), and on Pali and Sanskrit grammar. His book, Sakyasimhavadanaya hevat Buddha Charita (The Life of the Buddha), is considered a textbook. Unusually for a Theravada teacher, he publicly studied practices of other traditions, especially esoteric yoga. This is understandable when one realizes that he was a theosophist as well as a Buddhist, Ananda Maitreya Thero was known to have practiced meditation to reach Jhana and he was awarded the title 'Abidhadja Maharattaguru' by Thailand to praise his great achievements in Buddhist meditation and Buddhist literature. Buddhists believed him as a Bodhisattva. 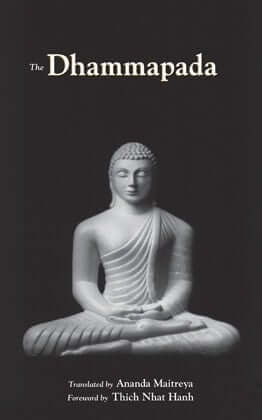