Home / Excerpt / Strange Beauty: A Portrait of My Son by Eliza Factor
Return to Previous Page

Strange Beauty: A Portrait of My Son by Eliza Factor

Strange Beauty: A Portrait of My Son by Eliza Factor

Strange Beauty: A Portrait of My Son by Eliza Factor will be released on August 22nd, 2017.

Right after Felix turned four, I made a movie that I posted on YouTube. If you search for Felix the Fab, you can see him, a skinny little boy whose hair had by now turned blond, clad in a shiny green raincoat maneuvering his walker down Fort Greene Place. You can’t see the braces, hidden beneath his brown corduroys, but they were there, helping to stabilize him. With his walker and braces, he could scoot about, investigating stoops, pizza parlors, laundromats. Anna or I would follow behind, wheeling his stroller, ready to scoop him up when his legs failed. He could not walk for too long before he sank to the pavement, exhausted. Terra once explained that the energy that it took for him to hold his body up and move his legs to walk was immense, roughly equivalent to me walking on the bottom of the sea.

The morning of the day that I shot the movie had been stormy, raindrops hitting the windows, Felix howling and whining. He liked the elements. He insisted on the elements. He stared meaningfully at the chipped blue paint of our front door and made his noise. Once the rain settled into a drizzle, I strapped him into his stroller, strapped Miranda into her Baby Bjorn, folded up the walker, and balanced it on the handlebars. We always took the walker with us. It was bulky and it pinched our fingers, but the more walking Felix did, the better for his muscles, the better the chance that he might someday walk unassisted.

It was too wet to play in the playground, so we wandered. On the block where the enormous Brooklyn Tech High School is, the flagstones give way to a wide, smooth, expanse of concrete, the perfect terrain for Felix’s walker. I detached it from the stroller and helped Felix into it. He grabbed the handlebars and took off. I hurried after him, pushing his stroller, Miranda bobbing along under my chin. He stopped at the entrance of Brooklyn Tech and tried to lift the front wheels of his walker onto the stoop. I began filming him. I usually forgot to bring my camera along, and was pleased that I had, and that I was getting such good footage. When he took off again, down the sidewalk, I ran in front of him, wanting to get a shot of his face. He had a ton of endurance that day and kept right on walking, and I kept right on walking backwards. On the original audio you could hear Miranda’s baby breath and her baby grunts and me shouting “Go Felix! Go! Go! Go!” as he hurdled down the street, stopped for breath, steered around a street lamp, and continued his march onward.

I didn’t want to stop him, and I didn’t want to stop filming, but as we got farther from his stroller, I began to worry. Would he have the stamina to make it back? I couldn’t carry him more than a foot or two with Miranda bound to my chest. By the time we’d reached the end of the block, the stroller was fifty yards away. I pocketed my camera and turned his walker around. Come on, sweetheart. Let’s see if you can walk back there. He repositioned his walker and started in the opposite direction. I blocked him off. The stroller was now out of sight, around the corner. It wasn’t just any stroller—it was a disability stroller, which meant that it was expensive, and United Healthcare had declined to reimburse us for it. What to do? I couldn’t say, wait here, Felix, don’t move. I’ll go get your stroller. He’d never followed my directions before, why would he start now? Miranda started to cry. The sweet smell of her scalp had been replaced by the smell of poo. She squirmed and kicked. The cars whizzed by.

I usually relied on the kindness of strangers to get me out of these fixes. But perhaps due to the rain, there were hardly any people out, and those who I did see did not seem approachable. They might have been. When you don’t get much sleep, figuring out how to form a simple, but unusual request can be strangely difficult. The words don’t fit together. A woman in a gray overcoat walked by. She seemed friendly enough. I could have said: Excuse me, ma’am, would you mind going around the corner and retrieving our stroller for us? But I did not seem to be able to open my mouth. Miranda’s cries grew more insistent, her smell worse. Felix lowered himself down on the wet pavement.

This was good. He could not pull himself up into the walker without my help. If I ran for his stroller, he would not be able to walk into the traffic. But what if he bunny hopped? Bunny hopping was our name for his version of crawling. He moved forward on his arms, then hopped both knees to meet them. After all that walking, I doubted that he’d have the energy to bunny hop anywhere, but I arranged the walker around his body in a cage-like manner, just in case. I sprinted around the corner, the fifty yards to his stroller, the fifty yards back. My heart pounded. My legs were gelid with fear. What if a pedestrian came by and found him alone on the sidewalk? What if a car pulled up? What if he got past the walker-cage and bunny hopped into Dekalb? I returned, the stroller clattering, me panting. There were no other pedestrians to be seen. Felix was quietly munching on a wet leaf. He was relaxed, content. I couldn’t stop shaking.

It’s funny the nostalgia and pride that rises up in me when I see that movie. Felix’s sweetness and courage are so apparent, and he is so mobile, more mobile than he is now. I forget the terror and confusion that arrived so quickly afterward. I suppose parenting most all young children is like this, glory so quickly morphing into chaos. 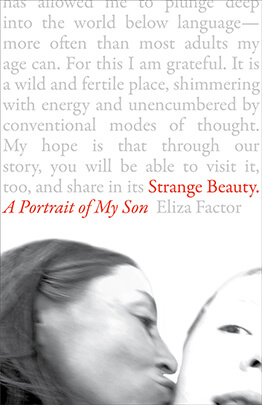 Stephen Houghton is the Digital Marketing Director at Parallax Press. His offline life is spent baking bread, knitting a sweater, or walking his French bulldogs. 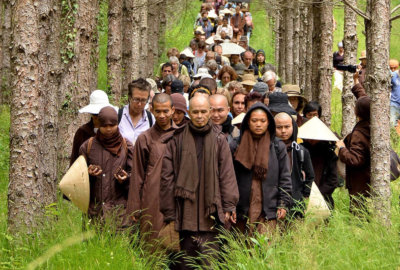 The Cosmos Inside Us

June Mitchell reflects that we need inner peace if we wish to make peace in... 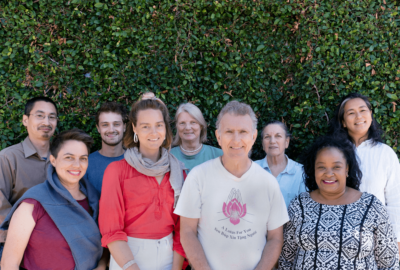 In celebration of Thay’s Continuation Day!

Thich Nhat Hanh was born 92 years ago on October 11. In celebration of his... 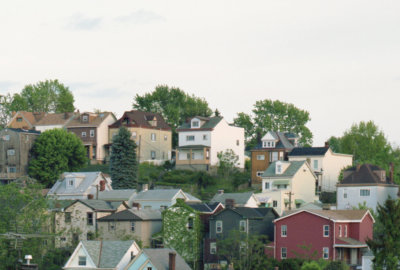 The Healing by Saeeda Hafiz

The Healing: One Woman’s Journey from Poverty to Inner Riches by Saeeda Hafiz was released... 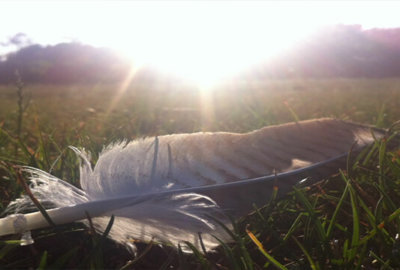 The Nest in the Stream: Lessons from Nature on Being with Pain

The Nest in the Stream: Lessons from Nature on Being with Pain by Michael Kearney,...