Stories for Reflection and Action

Dzung Vo interviews Dharma teacher Richard Brady about his book of stories on mindfulness, education, and touching our bodhicitta.

Dzung Vo: Hi, Richard! It’s lovely to spend this time with you and share news of your wonderful book with the worldwide Sangha. The first thing I’m really curious about is why you chose to tell stories as the main teaching tool for your book, and what your process was in coming up with these stories. How did they come about?

Richard Brady: Stories have always fascinated me—teaching stories from wisdom traditions specifically. I have collected books of stories. One of the reasons that they have been so important is that I remember stories, but I don’t remember just straight teaching. And so it was natural for me to think of writing something as a series of stories. One of my great inspirations was Dr. Rachel Naomi Remen, whose book Kitchen Table Wisdom was the number one New York Times bestseller for many, many weeks. The subtitle was Stories That Heal. It was a series of stories, and it was my inspiration for the basic form that the book would take.

DV: And of course, Thầy is one of the world’s great storytellers, too, and so much of what I have learned from Thầy is also from stories.

DV: I’m wondering if you could tell us one of the stories that really stood out for you.

...my book really isn't just for educators. We're all educators, after all.

RB: One story that I especially like to share with other educators is of the Opening Day faculty meeting for new teachers one year. I happened to attend the meeting—it wasn’t a required meeting for experienced teachers—and a friend of mine was there. The principal invited the new teachers to consider coaching and sponsoring clubs as a way to get to know the new students, in addition to their classroom teaching. It would give them a different kind of look at the students. I asked at the end if I could say a couple of words to these new teachers, and the principal made the mistake of saying yes. [Laughter]

DV: Lucky for them.

RB: I said, “You know, you are going to have a steep learning curve here this year, even if you’ve been experienced at teaching at other schools. I strongly recommend that you don’t take anything extra until you know that you really have the time to do it and still do a great job of being a classroom teacher.” When we left, after we had gone outside, my friend who always complained about being overburdened with the amount of work that she had to do, said to me, “Richard, that was such a wonderful thing you told those new teachers, so important for them to hear.” In that instant, when she said that, I had this flash and I said, “You know, there really is too much work here, and I think I have an idea on how we can help each other, stay a little saner. If you’re open to this, we can make an agreement that every time we see each other, no matter where we are, where we are going, and what we’re doing, we will stop, look at each other, smile, and breathe in and out three times, and then just continue.” She said, “I’d like to try that.” So for one year we did that. And some days we would see each other several times, some days we wouldn’t see each other, but whenever we did we stopped, smiled, and breathed. At the end of the year, she said, “Richard, that was amazing, a real gift.” In fact, I could see that she was a different person. She said, “How did you get that idea?” So I said, “Well, I have to admit, it comes from my spiritual tradition where we have something called a bell of mindfulness, and I realized when we had this conversation that we could be bells of mindfulness for each other.” She said, “I’d like to know more about that tradition.” So I said, “Well, it so happens that my teacher’s niece Anh-Huong and her partner, Thu, live in Virginia, probably not far away from where you do, and you could do a Day of Mindfulness with her.” So she went, and I actually ended up meeting her on several retreats with Anh-Huong and Thu. Mindfulness really changed her life; it was totally out of the blue for her.

DV: I love how you weave mindfulness into your work as a teacher as well as Sangha building. It sounds like you built a Sangha of two right in the middle of the school.

DV: You titled the book Walking the Teacher’s Path with Mindfulness. Tell us a little bit more about how mindfulness has come alive in your book as well as in your long and impressive career as a teacher.

Teachers have a lot of mud in their lives and so does everyone else, but you don't get a lotus out of just pure mud.

RB: I was introduced to mindfulness in Thầy's book The Miracle of Mindfulness, which I first heard of in 1984 but only started to read in 1987. I had been teaching since 1970, so there is a lot in my book that predates my formal introduction to mindfulness. Nevertheless, as I came to understand mindfulness more and more deeply, I could see that much of what I had been doing as a teacher, almost from the beginning, was motivated by the kind of spirit that Thầy talked about so often, coming from a place of bodhicitta in me, as a way of understanding what was the right thing to be doing, how I should be spending my time as a teacher, and how especially I should be watering the seeds of bodhicitta in the students. Sometimes it was not so easy to find out how to deal with particular problems that had become obstacles to doing that. So I learned to look deeply at situations and not to rush into action, but, instead, to sit with obstacles and just wait until there was some kind of inspiration, some kind of opening. When I finally started reading about mindfulness, and had the chance to meet Thầy and begin studying with him, he was watering seeds that were already well established in me. It was a natural transition.

DV: I had a similar experience when I first started studying with Thầy. It felt so familiar. It really felt like coming home again, which is what he talks about a lot. So my last question is about your readers, because many of your readers may not be familiar with mindfulness; they may not know anything about Buddhism or Thích Nhất Hạnh. But they may be teachers, either very experienced or early in their career, and they may be looking for some wisdom that they can apply in their teaching. What are you hoping educators and teachers take away from your book?

RB: What I hope they, as teachers, will take away is the same thing that I would hope everyone will take away—because my book really isn’t just for educators. We’re all educators, after all. One of the things that is very important is bodhicitta and getting in touch with that seed of bodhicitta, of enlightenment inside of each one of us. I’ve had the very good fortune of learning from teachers that had it in abundance—Thầy, Parker Palmer, Sister Jina, Sister Annabel, Rachel Remen, and others; these people appear in my book, either explicitly or implicitly. I’m hoping that readers will connect with, if not my bodhicitta, then the bodhicitta that comes through me from my teachers, and they will connect with their own bodhicitta and be enlivened. Especially at a time on our planet when we need that kind of inspiration. We can’t have those seeds watered and then not take action. How does that continue after we put the book down?

DV: How does bodhicitta come alive?

RB: Yes, how does it come alive? That was really the inspiration for the questions at the end of each section, called “Questions for Reflection and Contemplation,” because I wanted the readers to reflect and contemplate on the connections between what they just read and their experiences in their own lives and to see that there is really nothing new under the sun. I’m no different from them. I face the same kinds of challenges. Perhaps the one difference is that I’ve stopped and really looked back at many of these things and asked, “What is it that just happened? What did I learn from it? What kind of changes did it make in my life?” That kind of attitude, especially toward adversity, is so important. Thầy talks about it when he says, “No mud, no lotus.” Teachers have a lot of mud in their lives and so does everyone else, but you don’t get a lotus out of just pure mud. You may have a seed of a lotus plant, but then you have to nourish it, and that nourishment takes more than just mud. It takes attention, it takes sun shining on it, in particular, which would be a good metaphor for reflection and contemplation.

DV: Wow. Well, this is really a lovely image to close our conversation with. I think your book is a real gift of a lotus to the community and to the public. May it benefit many people! Thank you for this lovely conversation.

RB: Thank you, Dzung. Thank you for your wonderful questions. 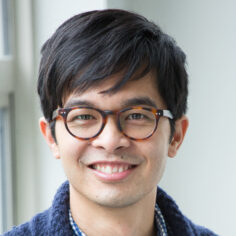 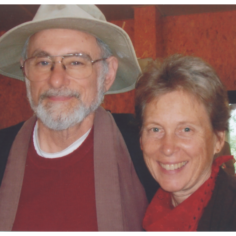