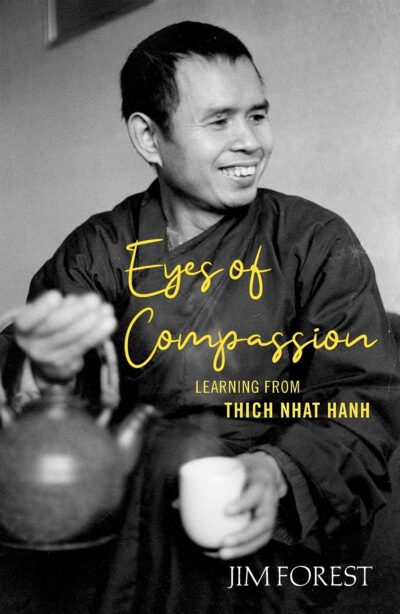 "When I met Thich Nhat Hanh at the Fellowship of Reconciliation headquarters in Nyack, New York, he was thirty-nine and I was twenty-four.… This book attempts to share some of... Read More

Do you want to be notified when this product is back in stock?

“When I met Thich Nhat Hanh at the Fellowship of Reconciliation headquarters in Nyack, New York, he was thirty-nine and I was twenty-four.… This book attempts to share some of the lessons I learned from Thich Nhat Hanh. I found it an obligation to tell these stories as a gift to others. Many would agree with me that he is one of the great teachers of the past hundred years. His voice will still be influencing people for many years to come.”

Today, Zen Master Thich Nhat Hanh is acknowledged as one of the world’s most influential and revered spiritual teachers. When Jim Forest met him in the mid-1960s, he was a little-known Vietnamese Zen monk, touring the United States on behalf of the cause of peace in his homeland. Jim Forest, a Catholic peacemaker, was asked to accompany him on his travels and speaking engagements. From that beginning emerged a friendship over many decades, in which Jim learned through conversations and daily life about Thich Nhat Hanh’s spiritual teachings on “mindfulness,” “interbeing,” and the inner peace that is necessary for promoting world peace.

At the age of 95, “Thay” passed away in his homeland after almost seventy years of practicing and teaching peace. Jim Forest’s intimate portrait, which includes more than 70 photos and other illustrations, is a unique introduction to the life and teachings of a modern spiritual master.

Jim Forest was a true man of peace, of reconciliation, and of love. Jim gave me—and continued to give me—a lot of inspiration since we first met him at the office of the Buddhist Peace Delegation at Maison Alfort near Paris, while we were working to call for peace in Vietnam. In Jim’s memoirs, Eyes of Compassion: Learning from Thich Nhat Hanh, published last year by Orbis, Jim shared his profound and insightful experience of our teacher. Jim captured with clarity, compassion, and a historian’s eye for detail, many pivotal moments in Thay’s peace work during the 1960s and 70s. Jim’s love, integrity, friendship and open-hearted learning shine through in his writing and light up the way for others to follow.

This appreciative portrait of a humble, devout leader should hold appeal across spiritual denominations.

Two of the special qualities of Eyes of Compassion are Jim Forrest's wonderful collection of photographs of Thich Nhat Hahn, members of his communities, as well as reproductions of his calligraphy; they add a fresh dimension to this paperback. The other is the Zen Master's enactment of boundless compassion.

Jim Forest, (November 2, 1941–January 13, 2022) was an American writer, Christian lay theologian, educator, and peace activist. In the late sixties and mid-seventies, Forest worked with the Fellowship of Reconciliation, first as Vietnam Program coordinator and later as editor of Fellowship magazine. From 1977 through 1988, he was Secretary... Read More

See everything from Jim Forest 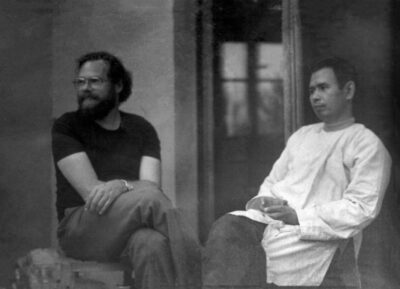