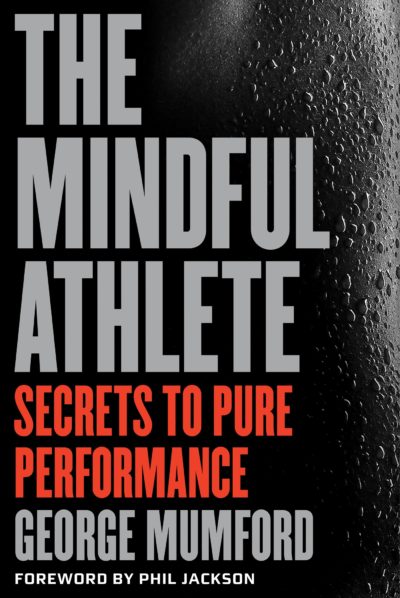 Michael Jordan credits George Mumford with transforming his on-court leadership of the Bulls, helping Jordan lead the team to six NBA championships. Mumford also helped Kobe Bryant, Andrew Bynum, and Lamar Odom and countless other NBA players turn around their games. A widely respected public speaker and coach, Mumford is sharing his own story and the strategies that have made these athletes into stars in The Mindful Athlete: The Secret to Pure Performance. His proven, gentle but groundbreaking mindfulness techniques can transform the performance of anyone with a goal, be they an Olympian, weekend warrior, executive, hacker, or artist.

Mumford’s deeply moving personal story is unforgettable. A basketball player at the University of Massachusetts (where he roomed with Dr. J, Julius Erving), injuries forced Mumford out of the game he loved. The meds that relieved the pain of his injuries also numbed him to the emptiness he felt without the game and eventually led him to heroin. After years as a functioning addict, Mumford enrolled in Dr. Jon Kabat-Zinn’s Mindfulness Based Stress Reduction program, and made meditation, on and off the cushion, the center of his life. He kicked drugs, earned a master’s degree in counseling psychology and began teaching meditation to inmates and others.

When Michael Jordan left the Chicago Bulls to play baseball in 1993, the team was in crisis. Coach Phil Jackson, a long-time mindfulness practitioner, contacted Dr. Kabat-Zinn to find someone who could teach mindfulness techniques to the struggling team—someone who would have credibility and could speak the language of his players. Kabat-Zinn led Jackson to Mumford and their partnership began. Mumford has worked with Jackson and each of the eleven teams he coached to become NBA champions. His roster of champion clients has since blossomed way beyond basketball to include corporate executives, Olympians, and athletes in many different sports.

With a charismatic teaching style that combines techniques of engaged mindfulness with lessons from popular culture icons such as Yoda, Indiana Jones, and Bruce Lee, Mumford tells illuminating stories about his larger than life clients. His writing is down-to-earth and easy to understand and apply. The Mindful Athlete is an engrossing story and an invaluable resource for anyone looking to elevate their game, no matter what the pursuit, and includes a foreword by Phil Jackson.

Self-consciousness is when you’re focused on how you’re doing instead of what you’re doing. We have to learn how to push and challenge ourselves, but not in an insensitive way. Honing your performance really comes down to being comfortable with being uncomfortable. — George Mumford

George Mumford currently works with legendary NBA executive Phil Jackson and has consulted on each of the NBA championship teams Jackson coached. He’s also consulted with high school, college, and Olympic athletes, inmates, and corporate executives, and he is a sought-after public speaker at both business and athletic conferences, nationally... Read More

See everything from George Mumford 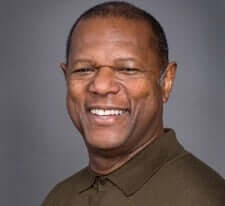