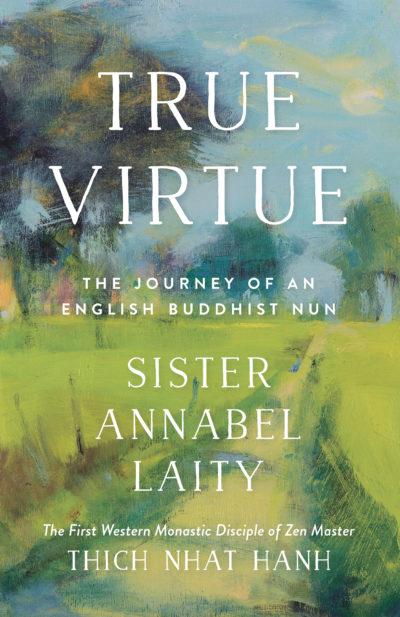 The Journey of an English Buddhist Nun

In 1988, Sister Annabel Laity became the first Western person to be ordained as a monastic disciple in Thich Nhat Hanh’s Vietnamese Zen lineage. She was given the Dharma name Chan Duc, which means True Virtue. Thirty years later, Sister Annabel is a much-loved senior Dharma teacher in the Plum Village community. She teaches and leads retreats worldwide, and is widely recognized as an accomplished and insightful Buddhist scholar.

In this autobiography, Sister True Virtue shares the trials and joys of her lifelong search for spiritual community. First inspired by the kind Catholic nuns who ran her primary school, she encounters Buddhism while studying ancient languages at university in England. A few years later, when teaching classics in Greece, she meets a Tibetan Buddhist nun, an encounter that changes the course of her life and eventually leads her to her teacher, Thich Nhat Hanh, and to her spiritual home in Plum Village, Thich Nhat Hanh’s practice center in France. True Virtue is a timeless testament to the importance of spiritual exploration, and offers a unique perspective on Thich Nhat Hanh’s monastic community.

"Another excellent biography of a pupil of Thich Nhat Hanh, showing the beauty of Dharma practice, how potentially valuable it is for everyone, and how anyone can do it. Inspiring."

"I enjoyed every minute of reading this beautiful memoir... I enjoyed every detail and all of the ups and downs of Annabel Laity's quest for finding a true spiritual home."

Sister Annabel Laity (Chan Duc, True Virtue) was born in England, and studied Classics and Sanskrit before going to India to study and practice with Tibetan nuns. She has been a disciple of Thich Nhat Hanh since 1986. In 1988, in India, she became the first Western European woman to... Read More

See everything from Sister Annabel Laity 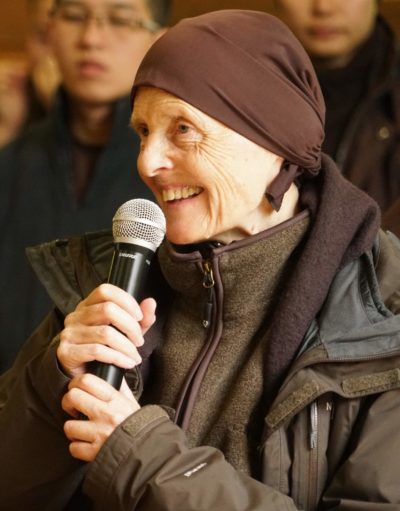