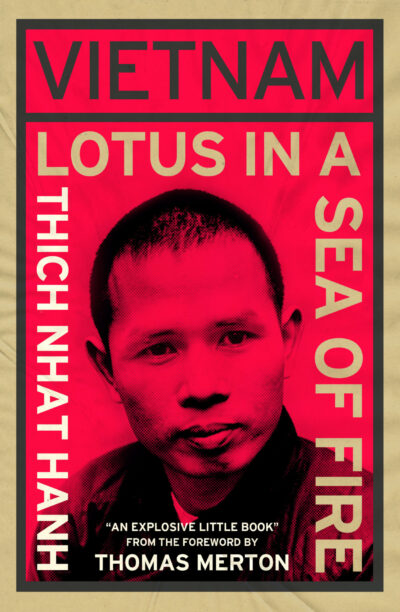 Vietnam: Lotus in a Sea of Fire

This stunning commentary on the cultural and political background to the war and refugee crisis resonates deeply as the early work of Vietnamese writer, peace activist, and Buddhist monk Thich... Read More

This stunning commentary on the cultural and political background to the war and refugee crisis resonates deeply as the early work of Vietnamese writer, peace activist, and Buddhist monk Thich Nhat Hanh, now a global icon authoring more than 100 published books with 5 million copies sold worldwide.

This rare book from 1967 is one of the very few written in English by a Vietnamese author giving a Vietnamese perspective on what people in the US call the Vietnam War. Many years ahead of its time, Vietnam: Lotus in a Sea of Fire will be welcomed by historians and readers of contemporary bestselling authors like Viet Thanh Nguyen and Thi Bui.

Thich Nhat Hanh’s portrayal of the plight of the Vietnamese people during the Indochina Wars is required reading even now as the United States and Europe continue to grapple with their roles as global powers—and the human effects of their military policies.

As war raged in Vietnam, Thich Nhat Hanh became a leading figure in the Buddhist peace movement. With the help of friends like Thomas Merton, he published Vietnam: Lotus in a Sea of Fire in 1967 in the US (and underground in Vietnam as Hoa Sen Trong Biển Lửa), his uncompromising and radical call for peace. It gave voice to the majority of Vietnamese people who did not take sides and who wanted the bombing to stop. The Catholic monk Thomas Merton wrote the foreword, believing it had the power to show Americans that the more America continued to bomb Vietnam, the more communists it would create. This was Thich Nhat Hanh’s first book in English and made waves in the growing anti-war movement in the United States at the time.

Vietnam: Lotus in a Sea of Fire is of special interest for students of peace and conflict studies and Southeast Asian history. It also gives the reader insights into the thought of the young Thich Nhat Hanh, who would later go on to found–in exile–Plum Village in France, the largest Buddhist monastery outside Asia, and influence millions with his teachings on the path of peace and mindfulness.

"A startling other-view of the war in Vietnam.... Essential reading for the informed." 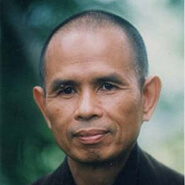